Click on the orange part links to go to the page.

Projects started but not currently under construction

These projects will be picked up again for completion sometime in the future. 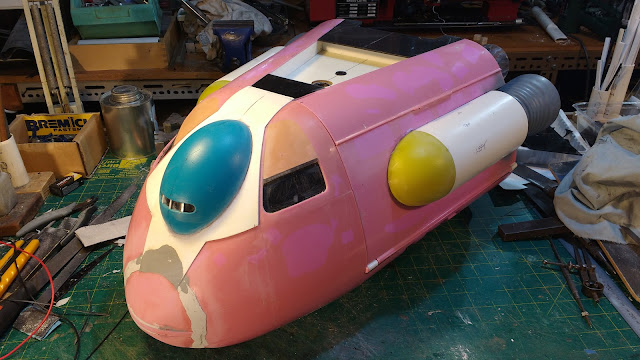 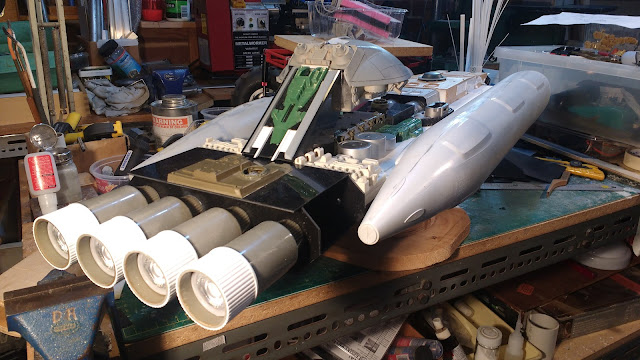 Spaceship uses two Trumpeter 1/144 SeaWolf submarine hulls and four pop up sprinklers for engines. Its a sort of nod to the Battlestar Galactica TOS Prison Barge only in that it uses a couple of submarine hulls with a couple of Hasegawa 1/72 Leopold gun trusses for detailing. Other than that it is nothing like it. 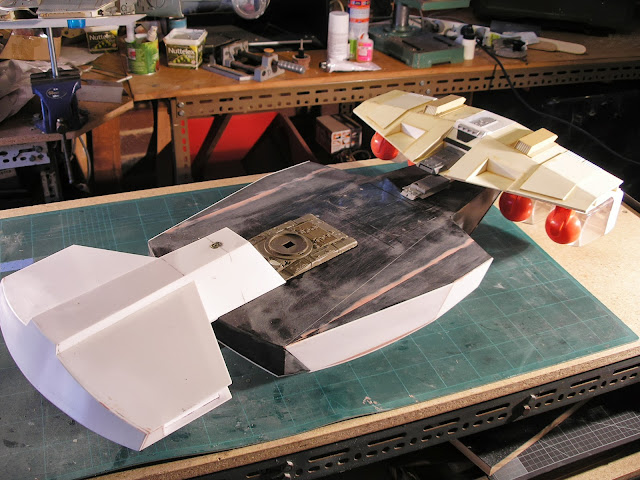 Uses an existing engine arrangement that was originally built for the Resilient project before it was even called the Resilient. The engines employ plastic icecream scoops and parmesan cheese shakers.
I really need to come up with a name for this vessel as "new" and for that matter "old" spaceship model  doesn't quite cut it. 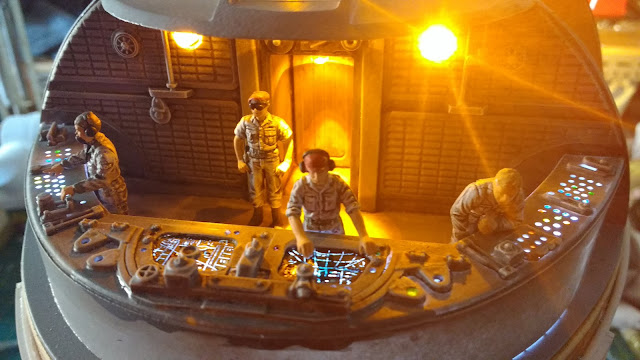 Mostly scratchbuilt but uses a Crayola colour explosion toy domes for the major part of the hull. 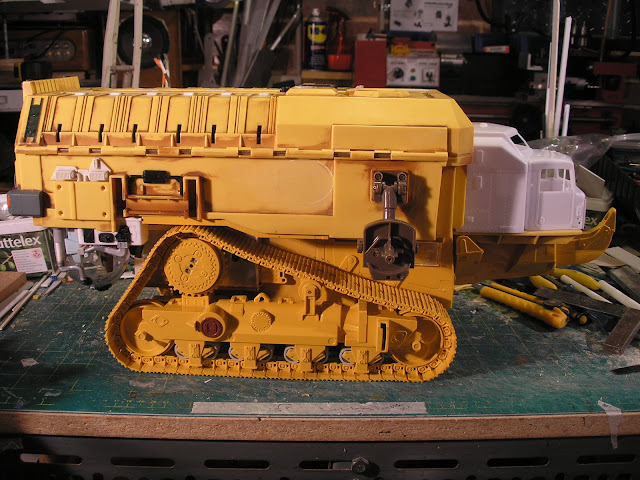 Toybashed from a Bruder dozer chassis and a Wall-E Truck toy. 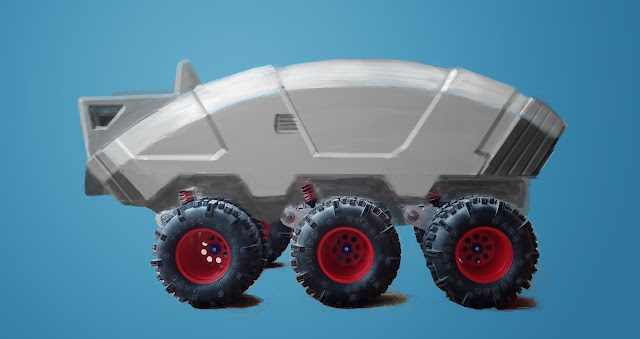 Uses a Heng Long Leopard tank chassis combined with a plastic drill set cover. My concept art looks like a cross between Thunderbird 2 and a Jawa sandcrawler. 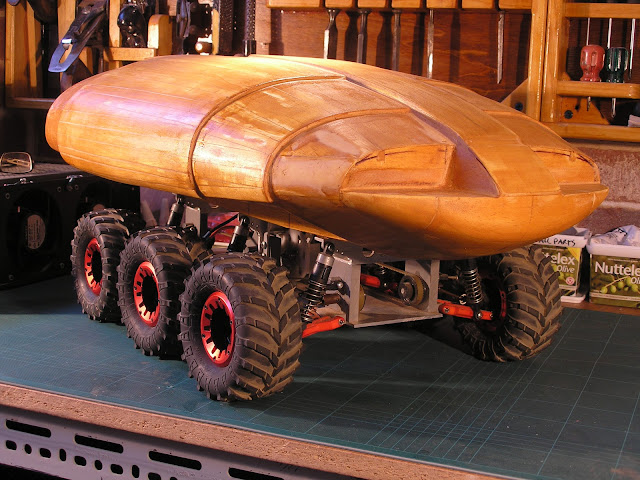 This project from 2011 has been abandoned in the form shown in the post but there are plans to adapt the chassis for a different project entirely. In fact some preliminary work has been done to this end. This means it will eventually see the light of day so has not been moved to the abandoned project section below. 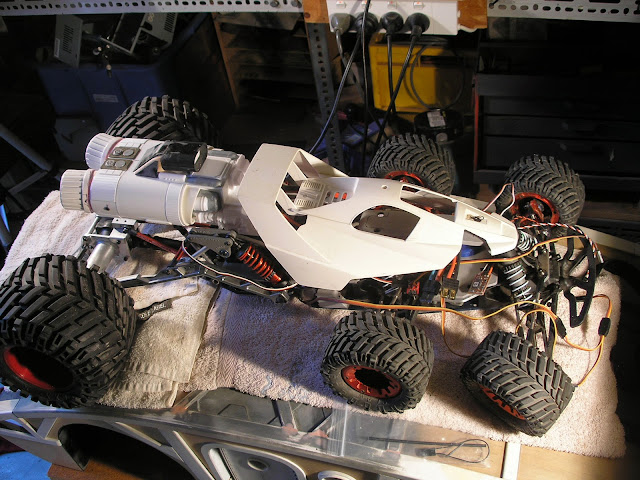 Heavily modified and partially scratchbuilt chassis using two Traxxas Jato front ends mated to a scratchbuilt solid rear axle using Traxass T-Maxx differential and axles. The body is a modified Tamiya buggy hard body. The major obstacle to completing this project is I am not sure I like what I have done with the body. It doesn't quite match what I imagined when I started the project so many years ago and that is a real stumbling block for me. I have been looking at it again but a spark of inspiration is desperately needed to pick it up again. 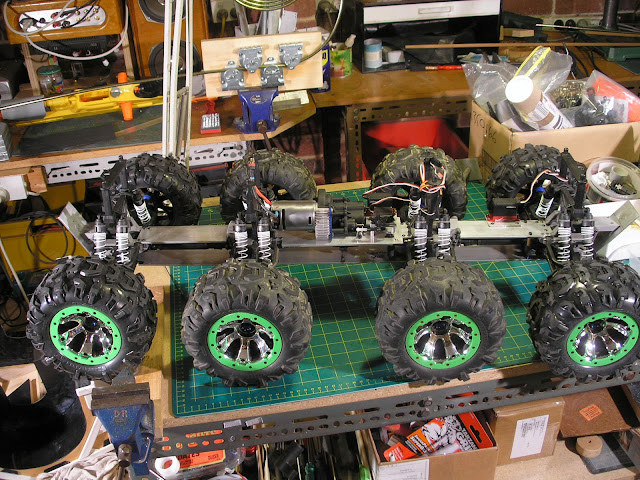 The chassis has been sitting around for a while but I don't like the hull design I came up with in the part 1 post. I have however found some concept art by a brilliant designer and will eventually attempt to adapt that. 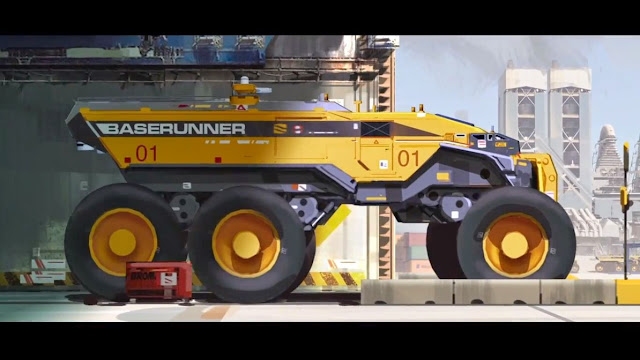 Baserunner vehicle from the original concept art for Hardware Shipbreakers.

Note: Dec 2019.
This game concept eventually became the Homeworld Sands of Kharak game. I like the original Baserunner concept rather than the one they used in the finished game and want to attempt to make one. I did my own rough CG modeling take on it in the first post but don't like what I did, I like the original concept and have been tinkering with trying to figure out the shape from just the side view. I have had the massive tyres for this project for ages and built my own PVC wheels for them. 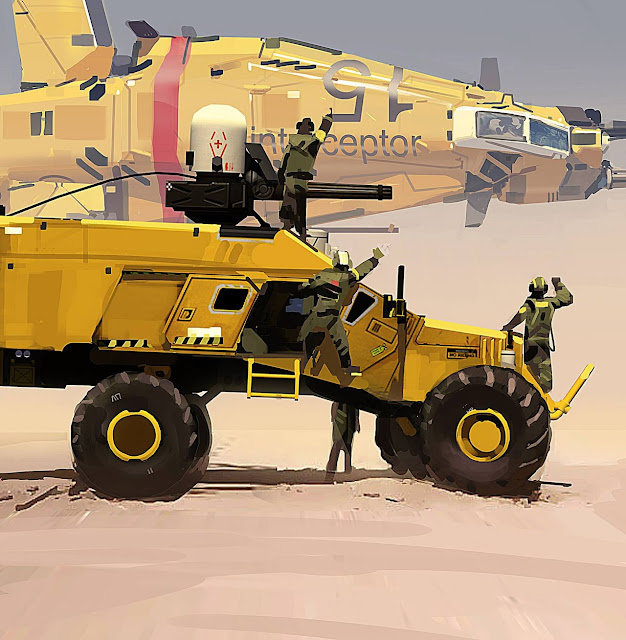 Again I like the original concept art for the LAV from the pre-Homeworld game and have been tinkering with figuring out a chassis and a scale. Still in the experimental R&D phase so no Posts as yet.

These are projects that I started and then abandoned for one reason or another.
That is not to say they could not be resurrected at some point but it is going to take a major spark of inspiration to consider resuming them.

8 wheeled behemoth industrial complex.
I began to realise that this may be beyond my resources to tackle and I have been eyeing the tyres for other projects so it has basically been abandoned.